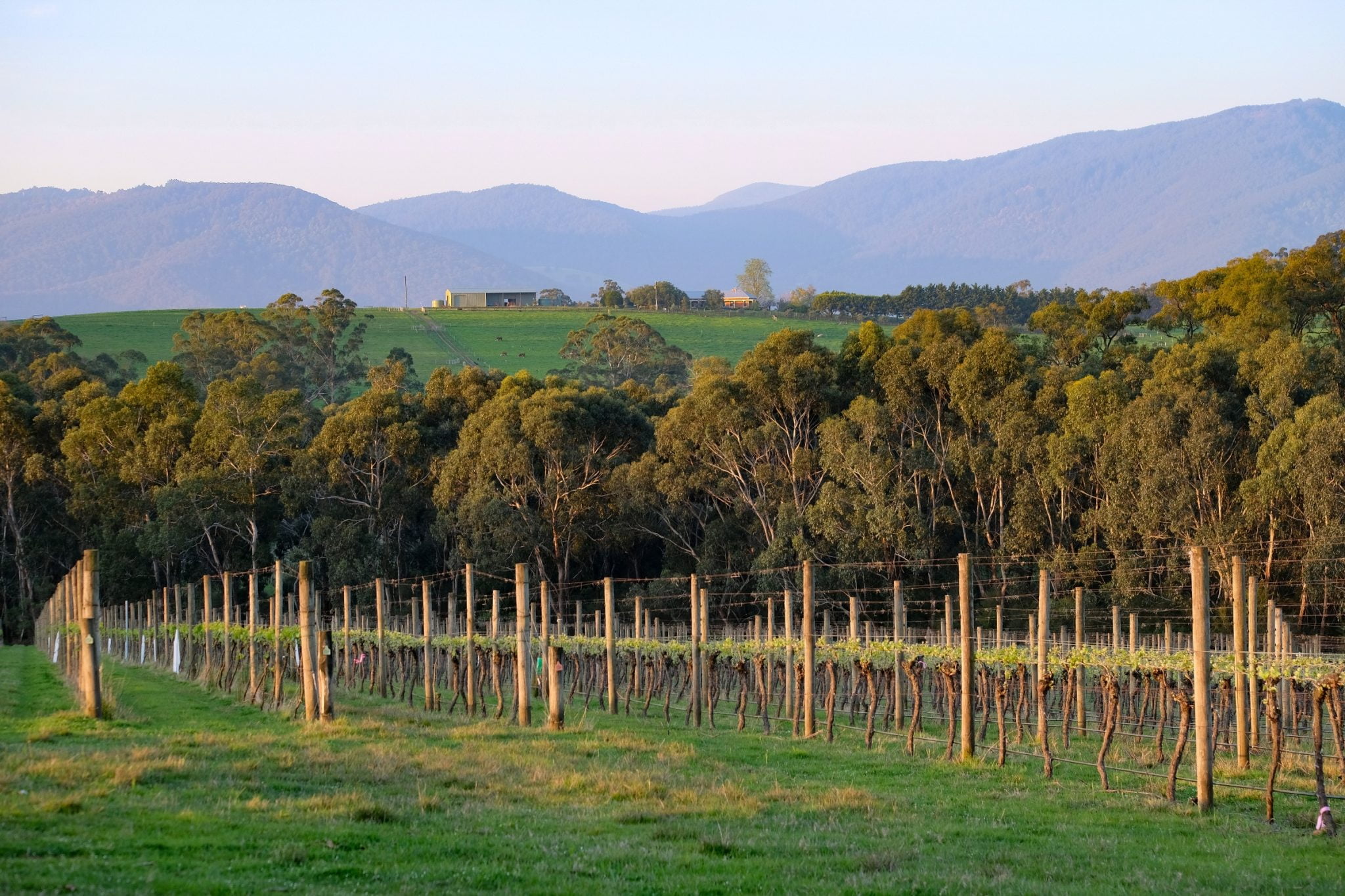 This season had it all. Heat, dry, cold, rain and smoke. Sorry, not quite all – there were no early season frosts.

Starting slowly, which is a growing feature of the Upper Yarra (get it!), the spring was coolish and very wet in November, the critical flowering month. So fruitfulness was pretty ordinary from the get go with a poor fruit set for most varieties.

Then the smoke came and hovered through most of December to late January. Now the smoke was a great concern, but fortunately it cleared just before the berries moved through veraison, the time ripening and sugar development starts. This timing meant most of the Yarra Valley dodged the smoke taint bullet.

While December was hot and dry, come early January it was like a switch turned off (or on) and ambient temperatures slumped to average at least 2oC below average (night and day) for the rest of the season. Likewise, after a very dry December, there was enough regular rain to obviate the need for irrigation, though the disease pressure still required regular spray applications to guard against mildew development.

Now the weather became both our friend and foe during ripening. The season became long and slow meaning sugars, flavours and tannins all developed in sync while acids only diminished slowly (the friend). On the other hand, the cooler weather also meant berry growth had stalled and bunch weights and yields were the lowest for almost a decade (the foe). Picking dates when harvest finally began, were more akin to the 90’s. Most vignerons were sweating on getting the fruit off.

So, the good news is we have one out of the box for wines. At a recent barrel tasting, every varietal looked really good and one waits in anticipation to see the product in the bottle.

Our Syrah is looking superb, however, with limited volume available we decided to continue with the Lone Star Red blend in 2020. The Sauvignon Blanc always produces amazing wine, but commercial sensibility has intervened, and we have discontinued this wine under the Lone Star Creek label. However, it is represented amongst our Stable Wines.

If there is a link from this page for any of the varietals mentioned, it means the wine has been released.

Read all about the Lone Star Creek Stable wines